This video shows us Ontario Dental Association’s 150th anniversary. Downtown Dentistry’s very own Dr. Amelia Chan, who is an active member of ODA, is featured in this video! Watch the entire video to see for yourself. How was ODA formed? Here’s a history that everyone should read about:

The Ontario Dental Association has gone over the cliffs, through the bridges, and across the waves to get to its present state. Yes, it has quite an interesting history to tell. Apparently everything in this world has its own history to unfold. This huge association made a big impact into the world of dentistry that we know today.

Before ODA was formed:

Could you imagine getting your tooth pulled out by a blacksmith using only a pair of pliers? As scary as this might seem, this is a true phenomenon occurring before dentistry was regulated. The nightmare that patients had to go through when visiting quack dentists is just unthinkable! Promises of painless tooth extraction was never fulfilled as patients had to go through the worst to relieve them of toothache. Dentistry wasn’t a guided practice and patients weren’t given the protection they deserved.

When Ontario Dental Association was born:

The year 1867 marked a significant turn in the world of dentistry in Ontario. Not only did Canada become a country, but this year also halted the dentistry torture in the province. A number of dentists across Ontario came together to create a bill regulating the practice of dentistry and protecting their patients at the same time. Thus, the union was born. Ontario Dental Association was led by a renowned and respected dentist Dr. Barnabas Day. From that point onward, safe dentistry practice was observed. Patients knew that their lives were in the hands of a trusted professional every time they visited their dentist.

In order to expand dentistry, ODA also implemented code of ethics, licenses for dentists, and education for aspiring dentists. 8 years after the association was formed, the first Ontario dental school was built where it produced its first female graduate. There was indeed a great transition in the field of dentistry from the time that ODA wasn’t created until the union came to be.

Service during the war

Ontario dentists did not only settle to providing services to patients with tooth problems, they also served the allied armies during the world wars. They made sure that the armies maintained healthy teeth. They risked their lives serving others.

ODA has made a lot of difference in the world of dentistry. Through time, it continues to learn and innovate towards advancement in the practice. With over 9,000 members, ODA is more diverse today than before. The Ontario dental association ensures that every patient gets the right treatment. Everyone deserves a healthy smile.

Book an appointment now or fill out form below

Find us on WeChat, scan or tab it 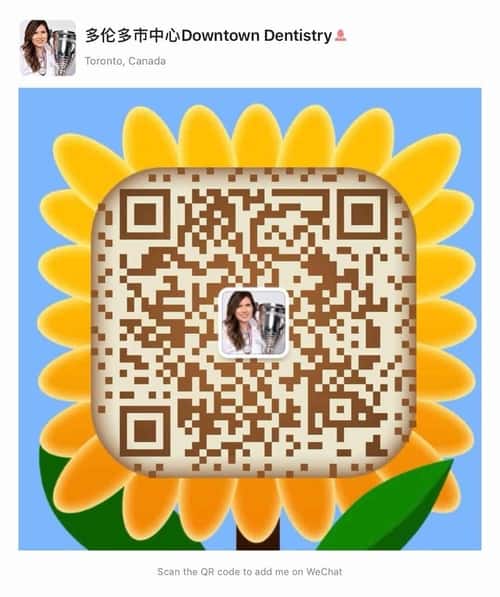